Andre Cronje, one of the “older trees” in the crypto industry, had a one-on-one interview with Tristan Yver on the FTX Podcast on 29th July 2020. Cronje is a self-proclaimed DeFi Architect, and Founder of yEarn.finance (YFI), a yield farming aggregator that is considered one of the hottest DeFi protocols today. The popularity of YFI has created many different forks of the project, include $YFII and $YFFI.

You can listen to the podcast here:

Cronje began studying Computer Science after learning about the subject from someone he used to drive to school. After finishing the course, he started building his network and got a job at Vodacom, one of the largest telecom companies in South Africa before going into mobile development and distributed systems. He also acquired experience in loans and insurance, as well as other finance work.

He was so pumped when he discovered cryptocurrencies like Bitcoin and Ethereum because it was “Leveraging everything [he’s] done up until that [point].” He saw the whole concept of programable money as the “holy grail” of blockchain for a long time. And DeFi’s success solidified this stance.

He started out doing code reviews for blockchains in order to teach himself and understand the technology better. After posting his reviews on medium for a while, one of his posts became viral. And that’s how his popularity started to take off. From there, he caught the attention of the CEO of Crypto Briefing, who decided to get him on board as a blockchain code reviewer for their website.

He started running his own crypto portfolio management project. His first clients started out as friends and family. But it turned out that the broad cryptocurrency market was too incomprehensible for him. The market movements didn’t make a lot of sense. So he decided to lean towards stablecoins because they seemed to be a lot more predictable.

When DeFi’s popularity was steadily rising, he immediately saw the enormous financial value it could bring. He found stablecoins to have more upsides and fewer downsides. Therefore he started using stablecoins to earn from the top platforms like Compound, Synthetix, Balancer, etc.

What Cronje realized was that micromanaging multiple yield farming operations was exhaustive and tedious. There had to be a better way. So he started working on an automated system that automatically moves his funds around. What he discovered was that automated systems had rewarded him with higher aggregate yields than the rest. Although it still required him to interact with the protocol every day, at least the rest of the process was automated.

He also realized that he could actually scale this automated system to the point that whenever someone interacts with the protocol, it will optimize the yield. And as more users use it, the more optimized it gets. It was a win-win situation for both the platform and other users.

As the system grew, so did the overhead costs of running it. It came to the point that his earnings from yields were easily wiped out due to maintenance. So he decided to evolve the system and find a way to make the system autonomous so he doesn’t have to interact with it anymore. This became yEarn.finance, which has been doing pretty well so far. The average yield is at 10% over time with some months going as high as 40%. As a matter of fact, some weeks even yielded over 900%.

Cronje also expressed concerns regarding newer users entering the DeFi space looking to earn money. The main problem he sees is that these protocols have a steep learning curve, to begin with. And yet new DeFi systems are coming out faster than you could learn. This is why he launched yEarn v2, the second iteration of the Yearn protocol. What version 2 does is it addresses the problems faced by these DeFi newcomers who don’t know what to do. It makes the user’s life a lot easier by simplifying the process into merely putting money in the system while it does the rest.

yEarn v2 also introduces the $YFI (pronounced “Waifi”) token to enable a distributed community of users to make governance decisions on the platform. To summarize the protocol:

He points out that while nothing in DeFi is completely “safe”, he would put his own money on the platform. According to Cronje, the yEarn system has the best returns and if it ever fails, he assures that he would be the last to pull his money out.

What Andre Cronje is building: the yEarn ecosystem

He explained that his creation, yEarn.finance, is actually an automated emulation of what he used to do for his clients manually. It is basically the yield-side of yEarn and the bread and butter of the protocol. However, he also has other systems in place that do various things like yTrade, yLiquidate, ySwap, etc. Essentially, he is trying to build a whole suite of products.

According to Cronje, yTrade is a simplistic tool that allows you to become a liquidity provider to a pool. On the other side, there are traders who can take out leveraged positions: 1000x capped shorts or longs on stablecoins.

He also encourages people to use more yield-earning tokens like yDAI instead of base layer tokens like DAI. The reason for this is that there is no financial difference between the two. yDAI can always be used to redeem an equal or greater amount of DAI.

The yTrade platform is already functional but Cronje hasn’t promoted it to the public yet since he feels that it is not yet ready to be shared with newer users.

On the technological side, Cronje is very excited about ySwap. On the base layer, it is an AMM (automated market maker) that is “yield-aware”. It allows the swapping of debt tokens (tokens like DAI that are minted when you deposit collateral) between different pools.

Here are the three benefits of using ySwap:

yLeverage is basically DAI short position at up to 4x leverage. This is currently the project Cronje is focused on completing. He expects to release ySwap after yLeverage is completed.

A liquidation engine which does flash loans from dYdX. When positions are liquidated 90% of the profit goes to the user and the remaining 10% is retained by the system. The main attraction of yLiquidate is that the user does not have to do anything other than to tell the system to liquidate the position. Also there is no capital requirement.

Few details are known about yBorrow, and Cronje has said he will be giving more details on this in due course. For now, we know it is a project in collaboration with Aave and concerns delegated credit and the ability to tokenise your credit/debit on the Aave platform and to do something with the same.

What Andre Cronje WON’T be building

Cronje makes it very clear there are 2 things he definitely WON’T be building: oracles, and his own lending platform. He considers it “insane” to build his own oracle, and as for lending platforms, he says he already enjoys using Compound and dYdX. 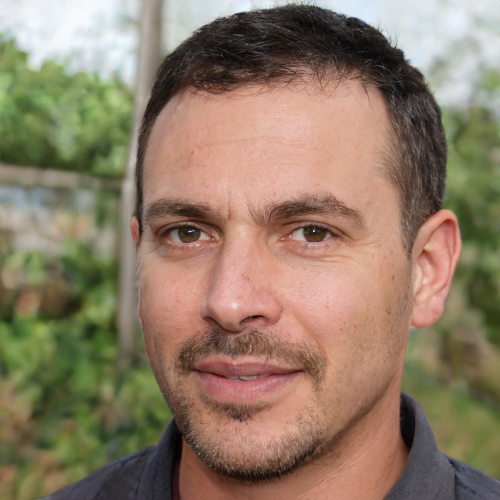