Zhang passed away this week at the age of 55 in an apparent suicide. His family has come out to say that he had struggled with depression – “There is no police investigation, and the authorities have no suspicions about Professor Zhang’s death“.

The Chinese crypto scene immediately suspected foul play and took to social media to voice their ns. Moreover, huge dips are common in the , with Bitcoin having undergone more than 329 “deaths“. Many stated being a veteran investor, it is out of character for Zhang Shoucheng to take his own life.

These rumors also express on various newspapers, including the South China Morning Post which drew a connection suspected this death may be tied to worsening conditions between and China.

Danhua Capital (DHVC) invested in numerous investments in the crypto, with some believing that have invested up to 70% of projects in the fintech and blockchain space. DHVC has invested in projects such as Tron, Zilliqa, NEO, Aelf, Open Platform, and Ontology.

Accusations of foul play have been thrown around at numerous times, especially in Chinese social media. This is in light of the recent crash in cryptomarkets, with many cryptocurrencies dropping up to 95% in value. Some investors have not taken this lightly, as shown by the assault on OKex officers in Beijing. 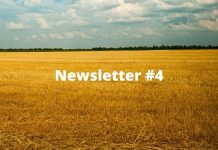