Mithril aims to disrupt our perceptions on social media- to decentralize and reward social media content creators fairly and openly.

The team behind Mithril comprises of top minds like Wilson Huang who is a former software engineer at Yahoo and Jeffry Huang, the former chairman of M17 Entertainment.

Since its launched in 2018, the decentralized social media platform has already made notable milestones. For example, it has secured a partnership with PiePie, a social platform where content creators can earn MITH tokens (more on this shortly).

Mithril does this through “social mining”. Unlike other social media platforms such as Facebook and Instagram, Mithril rewards users for their content according to the popularity it attracts.

What makes the Mithril ecosystem

The Mithril ecosystem is made of the MITH token, Lit, and the Mithril Vault which are intertwined to bring a comprehensive experience to content creators.

The MITH token (MITH) is the platform’s native token and which is used to reward publishers in a process called Social Mining (more on Social Mining later). The token is built using the ERC-20 standard on the Ethereum blockchain. It can be used to purchase goods and services on the Mithril Merchant Network, or it can be traded for other digital currencies. Apart from being used for payment and Social Mining, MITH can also be used for staking.

Lit, on the other hand, is an already developed social media app that is available to those using iOS or Android-powered mobile devices. Just as with other top social media apps like Facebook, Lit can be used for messaging and posting personal stories using the ‘stories’ feature.

The third core component of Mithril is the Mithril Vault, a secure virtual wallet for the MITH tokens.

Users who post on Piepie will be rewarded with Mithril’s (MITH) tokens.

Mithril recently expanded their ecosystem by partnering with Yeemos (available on iOS and Andriod). Yeemos is an app where users can post photographs. Other users can then interact with the posts by doodling, posting stickers, emojis, reactions or comments on them.

Yeemos is expected to support the MITH reward system soon.

Funds: Users can withdraw and/or deposit their MITH, Binance (BNB) and Ethereum (ETH) tokens. Support for more tokens is expected.

Staking: Users can “stake” some/all of their MITH for a minimum of 14 days. Staking increases the amount of MITH earned when using Piepie.

Shift: Users can “shift” their MITH to ETH and vice versa.

The MITH token can be used as follows:

Staking: As mentioned above, MITH can be staked in the Mithril Vault to increase the MITH earned from social mining on Piepie.

Shifting: Also as mentioned above, the MITH Vault allows users to shift their MITH into ETH.

Payments: MITH is accepted as a form of payment in the Mithril Merchant Network. For now this includes some Taiwanese cafes and merchants. Globally, MITH can be used to pay for other products/services relating to dating apps, paid content and other applications.

Mithril has been hard at work meeting its milestones, and in some cases ahead of schedule.

For Mithril, the milestones covered form the footing for a bright future ahead. While the future will be comfortable for Mithril network users, the developers have already rolled their sleeves up.

For instance, the team behind Mithril is yet to develop an ad network, conduct a vault merchant network onboarding, among other high profile developments.

In short, Mithril has just left the runway. 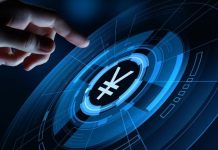 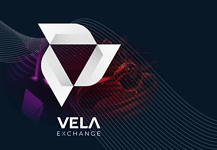 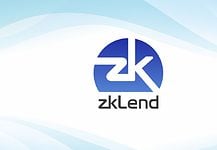