Chart patterns are an integral aspect of technical analysis, but they require some getting used to before they can be used effectively. A chart pattern is a shape within a price chart that helps to suggest what prices might do next, based on what they have done in the past. Chart patterns tend to repeat themselves and can give you a real competitive advantage in the markets if you are able to learn to recognize them.

The most important thing to remember when using chart patterns as part of your technical analysis is that they are not a guarantee that a market will move in that predicted direction, they are merely an indication of what might happen to an asset’s price. Below are some of the most common chart patterns studied by technical analysts as they appear on the Bitcoin/USD chart:

This is a bullish and bearish reversal pattern that has a large peak in the middle and smaller peaks on either side. The Head and shoulders pattern is considered to be one of the most reliable reversal chart patterns. This pattern is formed when the prices of the stock rise to a peak and fall down to the same level from where they had started rising. Again, the prices rise and form a peak higher than the last peak and again it declines to the original base. Prices again rise to form a third peak, which is lower than the second peak and from here it starts declining to the base level. When the prices break the baseline with volume then a bearish reversal takes place.

Head and shoulders is a chart pattern in which a large peak has a slightly smaller peak on either side of it. Traders look at head and shoulders patterns to predict a bullish-to-bearish reversal. Typically, the first and third peak will be smaller than the second, but they will all fall back to the same level of support, otherwise known as the ‘neckline’. Once the third peak has fallen back to the level of support, it is likely that it will break out into a bearish downtrend.

A double top is a bearish reversal pattern that traders use to highlight trend reversals. The price forms a peak and retrace back to a level of support. It will then climb up once again before reversing back more permanently against the prevailing trend. A double top is a bearish pattern as it signifies the end of an uptrend and a shift towards a downtrend.

The cup and handle pattern is a bullish continuation pattern that is used to show a period of bearish market sentiment before the overall trend finally continues in a bullish motion. The cup appears similar to a rounding bottom chart pattern. Following the cup, the price of an asset will likely enter a temporary retracement, which is known as the handle because this retracement is confined to two parallel lines on the price graph. The asset will eventually reverse out of the handle and continue with the overall bullish trend.

A pennant pattern or a flag pattern is created when there is a sharp movement in the price either upward or downward. This is followed by a period of consolidation that creates the pennant shape because of the converging lines. Then a breakout movement occurs in the same direction as the big stock move. At the initial stock movement there is a significant volume which is followed by weaker volume in the pennant section and then rise in the volume at the breakout. Pennants can be either bullish or bearish, and they can represent a continuation or a reversal.

The ascending triangle is a bullish continuation pattern which signifies the continuation of an uptrend. It can be drawn onto charts by placing a horizontal line along the swing highs, which acts as the resistance, and then drawing an ascending trend line along the swing lows, the support. Eventually, the trend breaks through the resistance and the uptrend continues.

Just like the ascending triangle, the descending triangle is also a continuation chart pattern. The only difference is that it is a bearish continuation pattern and it is created during the downtrend. They generally shift lower and break through the support because they are indicative of a market dominated by sellers. Descending triangles can be identified from a horizontal line of support and a downward-sloping line of resistance. Eventually, the trend breaks through the support and the downturn continues.

Symmetrical Triangles are continuation chart patterns that are developed by two trend lines which converge. The symmetrical triangle pattern can be either bullish or bearish, depending on the market. In either case, it is normally a continuation pattern, which means the market will usually continue in the same direction as the overall trend once the pattern has formed. However, if there is no clear trend before the triangle pattern forms, the market could break out in either direction. This makes symmetrical triangles a bilateral pattern, meaning they are best used in volatile markets where there is no clear indication of which way an asset’s price might move.

When we look at the Bitcoin chart in small time frames, one can identify sudden movements or ‘bump’ in one direction, followed by consolidation and a sudden ‘bump’ in the other direction that ends close to the base price. This phenomenon has given the name “Barts” because the asset’s price pattern looks like the head shape of the iconic Simpsons character, Bart Simpson.

It is a familiar occurrence for Bitcoin, one noticed by investors time and again during volatile trading stretches. It appears as a result of hundreds-of-Bitcoin orders in a matter of minutes. The reason for these sudden pumps and dumps is likely to liquidate crypto margin traders, whether short or long, by manipulating the market. While some believe that this is done by the exchanges themselves, which is entirely possible due to the lack of regulations, this might be related to large crypto traders, commonly known as ‘whales.’

The Wyckoff Pattern was first brought to light by Youtuber “Uncomplication” to unearth potential market manipulation by whales. The pattern was developed by Richard Demille Wyckoff, an early 20th-century pioneer in the technical approach to studying the stock market. The pioneering work of Richard D. Wyckoff was centered around the realization that stock price trends were driven primarily by institutional and other large operators who manipulate stock prices in their favor.

Wyckoff proposed a heuristic device to help understand price movements in individual stocks and the market, which he dubbed the “Composite Man.” Wyckoff advised retail traders to try to play the market game as the Composite Man played it. The Composite Man attracts the public to buy a stock in which he has already accumulated a sizeable amount. Wyckoff and his associates believed that if one could understand the market behavior of the Composite Man, one could identify many trading and investment opportunities early enough to profit from them. Using Wyckoff’s method, one can invest in stocks by capitalizing on the intentions of the large “smart money” interests, rather than being caught on the wrong side of the market. 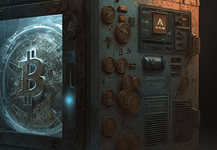 What Happens to Crypto After They Are Seized? Crypto Forfeiture Laws Explained 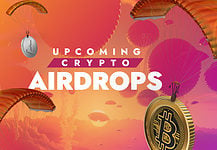 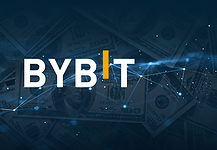